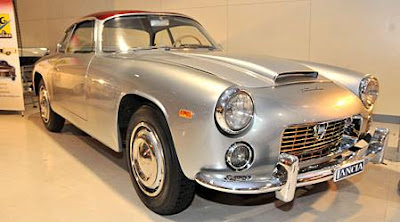 The longest running auto show catering to the aftermarket and auto supplier recently celebrated its 18th year, as the 2009 Trans Sport Show (TSS) celebrated a score and eight years of fervor for automotive ardor. The opening tugged at a lot of heartstrings, as the reknowned Ramirez clan were on hand for the ribbon cutting ceremony. Immediately after the ribbon cutting, the rest of the crowd witnessed the unveiling of a booth (near the orange R35 Nissan Skyline of Coy Enriquez and Alex Restoration) that depicted the late Philippine motorsports icon Pocholo Ramirez, a video of his last “flying lap” (which also can be seen on YouTube) and his racing suit and helmet encased in glass.Aside from the said booth, cars ranging from 1948 Buicks to R35 GT-R Nissan Skylines were on display during the five-day affair. Crowds upon crowds swooped down on the hall to get an experience some only wish they could feel - albeit even for a brief moment – and over 22 awards were handed out to various vehicles that best represented show car characteristics. The “Best of Show” award went to a sunset yellow 1948 Buick Roadmaster owned by Juanito de la Cruz and entered by Alfred Motorworks. Ending up second was a silver 1959 Lancia Zagato owned by Bu Corcuera and entered by REG Restoration. A “Concept and Execution Award” went to a 1974 Volkwagen Beetle limo owned by Ramon Orlina, the “2009 TSS Rookie of the Show” citation went to Christine K. Gamboa and her 1994 Honda Civic ESi, and the “Best Body Kit” went to Larry Palad’s silver Nissan Skyline R35 GT-R and entered by A-Toy Body Kits. Outstanding Showmanship was lauded to John Lee Hagoriles’s red/chroma 2005 Honda Civic VTEC 3. Concept One’s Samuel Liuson toted a near-perfect rendition of Fernando Amorsolo’s Cry of Balintawak on his white 1997 Lexus LS 400, garnering him the “Best in Graphics” award. Best Engine Display went to a silver 2000 Honda Civic EK owned by Alan Lim, while Best in Vintage went to the white 1963 Lincoln Continental droptop of Lee Martin Kierulf. Art Galang’s olive drab-clad 1968 Kaiser Jeep got a Best in Classic Utility Vehicle citation. Speaking of old school cars, the Vintage Cars division was a hotly contested one, with Juanito de la Cruz’s yellow 1975 Mitsubishi Minica surprisingly getting the top spot. It beat out Philippine Daily Tribune’s Olson Camacho and his yellow 1971 Opel GT (with modification by A-Toy Body Kits) and a blue 1972 Toyota Celica owned by ManilaStandardToday’s Dino Ray Directo III.Then there were certain cars that managed to wow the crowds, either for performance mods or exterior looks that were either enticing enough for people to inquire about having the same setups, being odd in a lukewarm way, or cool enough for pictures. An orange 2008 Mazda 3 owned by Francis Uyehara and toting a bodykit penned by Careation Bodykits and Paintings had a widemouth front end that reminded many – including this writer – of the front mug of a baleen whale. Kenneth Yu/Finland Audio’s 2005 Toyota Previa was a temple of boom for entertaining music, while a British racing green 1964 Triumph TR4 (owned by Lito Aguila and restored by JCB Bodyshop) turned heads at the middle left part of the SM Megamall Megatrade Hall.Keeping in line with the patriotic theme, the Aftermarket Mafia had Atoy Llave’s Nissan Skyline R33 GT-R had the “three stars and a sun” motif (inspired by Francis Magalona) adorning its flanks, along with Samuel Liuson’s flat black Mitsubishi Lancer Evolution X (albeit in tasteful color matching graphics). Atoy Llave also brought in his latest marketing creation – casual shoes (co-designed with Accel) that carried the Philippine patriotic motif. Speedlab brought in performance modified versions of the current Toyota Yaris, Mitsubishi Lancer and Honda Civic - along with full blown setups of the previous model Subaru Impreza STi and Ford Focus 2.0L petrol – and all were clad in the signature white/black/red livery of the aforementioned tuning shop. Lastly, those that were looking for abstract automotive art found it in Dempsey Uy’s predominantly black 2008 Toyota Yaris, which toted graphics reminiscent of Jean Paul Basquiat’s or Joan Miro’s masterpieces.Despite troubling economic times that brought many an automotive manufacturer to its knees, the 18th iteration of the Trans Sport Show gave auto enthusiasts and pundits quite an audio-visual thrill.
Posted by Aldrin Montierro at 11:22 PM