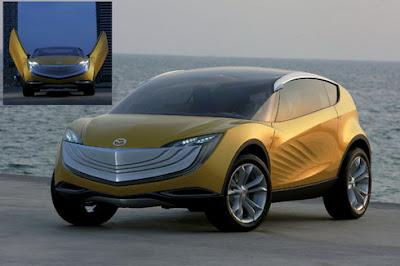 Mazda Motor presents its Hakaze design concept at the Geneva show. The Hakaze is described as a four-seat coupe-style compact crossover SUV. The gull-wing doors make it look like it’s ready to fly like a bird.

Hakaze is the third design concept of the series created around the “Nagare” design language, joining the Mazda Nagare and Mazda Ryuga which were revealed earlier this year.

Posted by Aldrin Montierro at 7:04 AM