A cool car would be one that can also fly, yes? Well here it is! The world's first flying car. 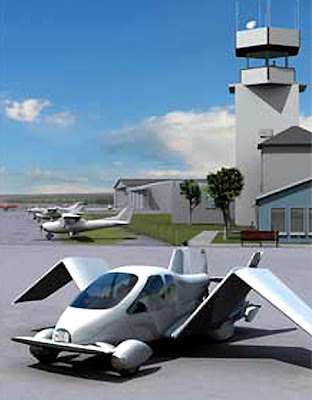 The Terrafugia Transition was developed by former Nasa engineers. The car is powered by a 100bhp engine, used on both the ground and in the air. The company is based in Massachusetts. It can transform itself from a two-seater car on the road into a plane within, the makers say, 15 seconds.
Posted by Aldrin Montierro at 4:48 AM