Amphibious cars have been around for many decades. In fact, the American inventor Oliver Evans built the first self-propelled amphibious vehicle as early as 1805. His design consisted of a wooden hull fitted with a steam engine and wheels. But it wasn’t until well into the twentieth century that amphibian vehicles found their use, mainly for military applications. These include the Aquada from the British company Gibbs Technologies, capable of 160 kilometres per hour (100 mph) on land and 55 kilometres per hour (30 mph) in water.
AQUADA
The Aquada is the fastest amphibian vehicle ever built, equipped with HSA (High Speed Amphibian) technology from the British company Gibbs Technologies (in production since 2003). On the road, the Aquada handles like a sports car, capable of a maximum speed of 160 kilometres per hour (100 mph). 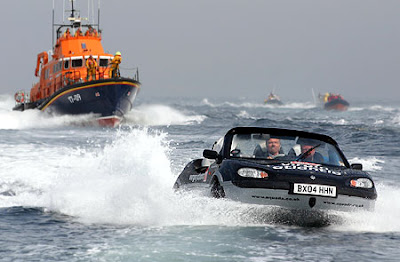 The vehicle is equipped with a mid-mounted V6 petrol engine, which drives the rear wheels. Here are some pictures of the Aquda in action: 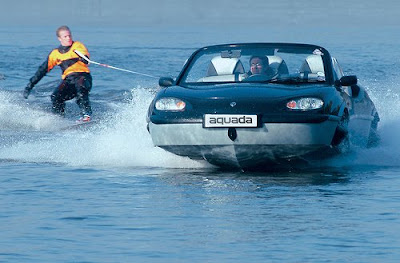 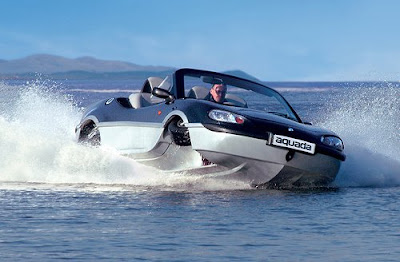 Posted by Aldrin Montierro at 2:52 AM