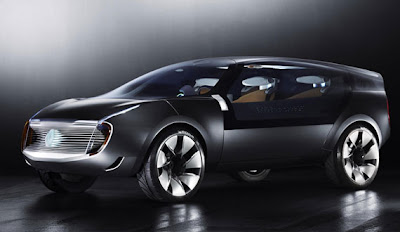 The Ondelios is a 6-seater diesel hybrid that Renault says represents the "medium term future" of motoring. It'll be on show at next month's Paris Motor Show. Renault claims the flax bodywork is there for "for greater recyclability." Flax is certainly a renewable resource - unlike oil-based plastic - but I'm sceptical it has great potential for recycling in the car industry. 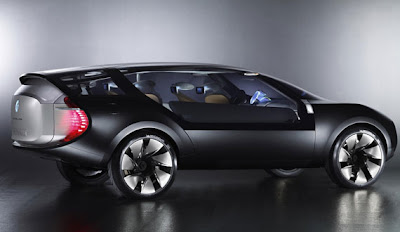 A more credible eco claim is the use of carbon fibre and polycarbonate in the car's bodywork, which should reduce its weight and fuel consumption (like, say, the Axon).

Renault reckons the car will manage 120g/km CO2, thanks to its aerodynamic design, light body, low resistance tyres and stop-start technology that saves fuel when you stop at lights. 120g would be pretty impressive for a car this size.

The hybrid tech inside is of the 'mild' variety, meaning it'll assist your diesel driving for fuel efficiency. You can't, however, run on 100 per cent electric alone. The lithium-ion battery recharges when you brake, and the car has electric motors front and back.

The Ondelios certainly looks nice for a concept car -- I'm a sucker for roof-hinge doors -- but the eco claims are a tad oversold. It's basically a luxury concept with decent fuel economy and okay performance of 0-60mph in 7.8 seconds. 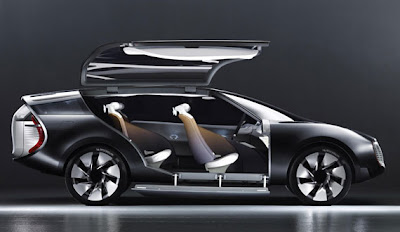 My favourite 'eco' element is the promise of a Samsung multimedia gaming gadget for every passenger. Maybe Renault didn't notice, but people already one iPhones and PSPs. If a son of the Ondelios ever sees the light of day, let's hope the Samsung gadgets are an optional extra.

Posted by Aldrin Montierro at 3:38 AM