If we spend perhaps a bit too much time lamenting the soul-sapping impact computers have had on the motoring experience at large, the Nissan Skyline GT-R is what happens when all those zeros and ones are harnessed for a goal we approve of: the singular pursuit of speed. 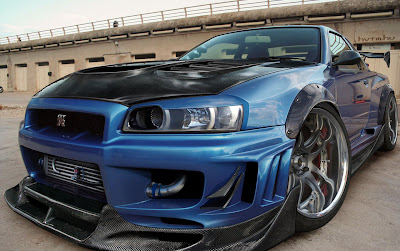 The GT-R isn't world-beating because it's quick enough to reshuffle your internal organs, which it is. It whomps on various Ferraris, Lamborghinis and most other vehicles you can slap a plate on because it employs an army of processors to translate your accelerative, lateral and decelerative desires, however well or poorly informed, into improbable performance. It works well enough that a GT-R just won the One Lap of America, having beaten various Corvette Z06s and Porsche GT2s.

Posted by Aldrin Montierro at 2:39 AM